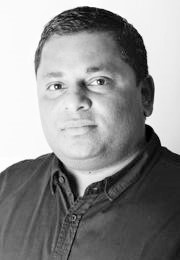 Neville Gabriel joined INTRAC’s Board in 2015.  He is the chief executive officer of the Other Foundation, an African philanthropic initiative that works against discrimination and exclusion. He is also the chairperson of the board of the Open Society Initiative for Southern Africa (OSISA) and was the founding executive director of the Southern Africa Trust, an independent regional agency that supports deeper and wider policy engagement between governments and non-state actors to overcome poverty in Southern Africa. He is a senior fellow of Peggy Dulany’s Synergos Institute based in New York and a member of the Africa Regional Advisory Committee of the Open Society Foundations.

Gabriel previously worked at Oxfam as its southern Africa regional media and advocacy coordinator and at the Southern African Catholic Bishops’ Conference, where he was part of the founding team of its parliamentary liaison office in Cape Town, its secretary for economic justice, and later coordinator of its justice and peace department based in Pretoria. He cofounded the Jubilee 2000 South Africa coalition for debt cancellation as part of the global Jubilee movement and served as its national secretary, national executive committee member, and spokesperson. Gabriel was a founding steering committee member of the African Grantmakers’ Network and has served on the boards of several civil societyorganizations.