INTRAC undertook a two-year formative evaluation of the Funders’ Collaborative for Children (FCFC) taking place between 2011 and 2013.

While collaboration between funders is currently in vogue, there is limited evidence for the actual costs, benefits and ways to make collaboration more effective. The evaluation addressed the key question of: “Was it really worth it?” and “What do we learn from this about the practicalities of collaboration?”

The evaluation identified the major themes of Ambition, Commitment, Trust and Structures and systems. It shows how these ACTS of collaboration were both intrinsic to the success of the initiative, but also contributed to its frustrations and failures: 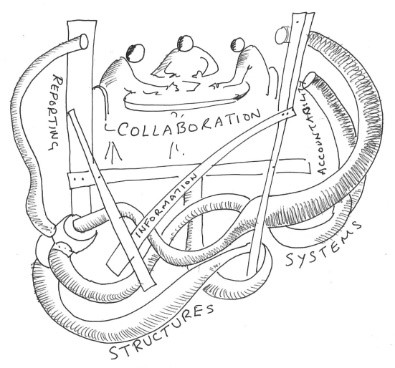 Ambition and courage were vital. They gave the energy and excitement to try something unique. But they also contributed to an unrealistic sense of what was possible. Pooled funding in particular proved particularly onerous.

Commitment was essential. Collaborating with other funders took considerable extra time and significant money. But because the funders had invested so much, they found it hard not to over-control.

Trust was the bedrock of the collaboration. Going on joint field visits  throughout the project helped engender such trust. But as trust developed it became harder for others to join the ‘club’.

This a compelling story of collaboration. But it is also a cautionary tale. Collaborating with other funders proved much harder than going it alone.