ONTRAC 48. Conflict and post-conflict – what role for civil society? 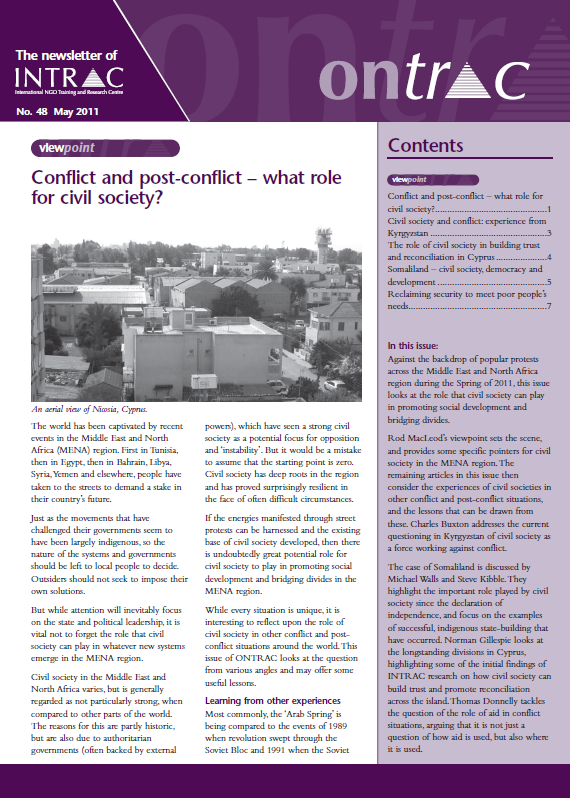 Against the backdrop of popular protests across the Middle East and North Africa region during the Spring of 2011, this issue looks at the role that civil society can play in promoting social development and bridging divides.

Rod MacLeod’s viewpoint sets the scene, and provides some specific pointers for civil society in the MENA region. The remaining articles in this issue then considers the experiences of civil societies in other conflict and post-conflict situations, and the lessons that can be drawn from these. Charles Buxton considers the current questioning in Kyrgyzstan of civil society as a force working against conflict.

Norman Gillespie looks at Cyprus as an example of a longer standing division, highlighting some of the initial findings of INTRAC research on how civil society can build trust and promote reconciliation across the island. The case of Somaliland is discussed by Michael Walls and Steve Kibble. They highlight the important role played by civil society since the declaration of independence, and focus on the examples of successful, indigenous state-building that have occurred. Thomas Donnelly tackles the question of the role of aid in conflict situations, arguing that it is not just a question of how aid is used, but also where it is used.