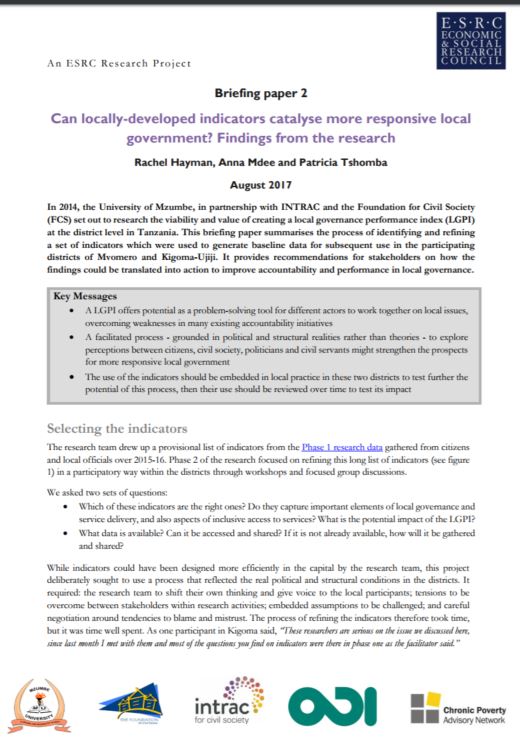 In 2014, the University of Mzumbe, in partnership with INTRAC and the Foundation for Civil Society (FCS) set out to research the viability and value of creating a local governance performance index (LGPI) at the district level in Tanzania. This briefing paper summarises the process of identifying and refining a set of indicators which were used to generate baseline data for subsequent use in the participating districts of Mvomero and Kigoma-Ujiji.

This paper has been produced in the framework of the project Holding local government to account: Can a performance index provide meaningful accountability?

Working paper 1. Improving the delivery of public services. What role could a local governance index play?