In 1995, the fourth women’s world conference in Beijing sought to set out a progressive and outspoken agenda, identifying twelve critical areas to empower women. Yet reality does not tell a story of progress. Women’s rights face continuing and rising threats. Some factors are tangibly affecting the security of individuals and communities such as increasing [religious] fundamentalisms, violent extremism, and displacement. Others are more structural, such as inequalities within and between countries, and impacts on livelihoods from climate change.

This is not helped by this year’s UN Commission on the Status of Women (CSW), which does not only fail to pick up the core interests of its constituents, but also largely ignores women’s civil society input by choosing to discuss and agree on the content of its draft Declaration in closed discussions prior to the event, despite the record breaking attendance of civil society organisations (CSOs).

In response, over a thousand organisations have joined a statement claiming this Political Declaration “represents a bland reaffirmation of existing commitments that fails to match the level of ambition (…) and in fact threatens a major step backward”. There is even fear that references to the gender equality target proposed in the Sustainable Development Goals will be removed from the Declaration.

Our own experience shows how fundamentally wrong this would be. Over the past years, INTRAC has been involved in a range of initiatives around the world to strengthen women participation in public life, and their access to human rights.  Different case studies and projects show that the empowerment of women is not only contingent upon legislation, traditional forms of participation or access to management positions.Empowerment also means developing a conscious awareness of gender issues and including new forms and strategies to engage in the process and influence decision making. 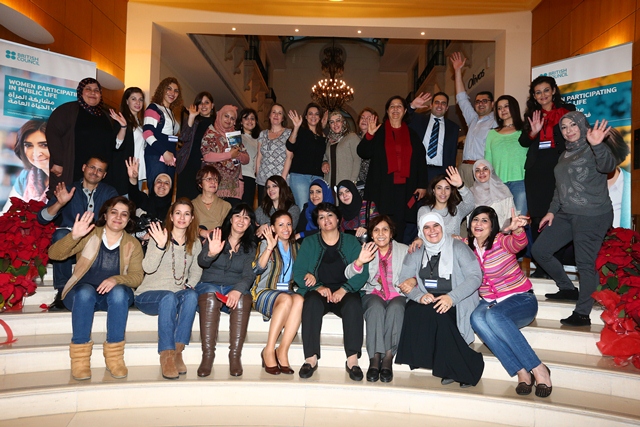 This broader view of empowerment and participation led the British Council and INTRAC’s strategy when working on the on-going Women Participating in Public Life programme (WPIPL) in the MENA region. Using action research and focused on political participation by citizens organising themselves, the WPIPL programme builds the capacity and confidence of women and women’s organisations to promote different routes to participation, based on the premise that it goes beyond them occupying formal positions as political leaders or engaging in formal political processes. As a female activist involved in the programme explains: “There are alternative means leading and contributing to public action which can influence policies and service delivery and allow for women to be engaged in issues that affect their lives”.

This approach is echoed by Zohra Moosa, Programme Director at International Women’s support organisation Mama Cash: “relationships of power change as the result of groups of disempowered people coming together to understand and reflect on their conditions (consciousness-raising), and then organizing themselves and others to demand change that better serves their interests based on their particular contexts (mobilization, collective action)”.

Sustainable social change and development need women, but it also needs them coming together as civil society actors, organising themselves around issues that affects their lives. This needs to be recognised and actively integrated in the ways of working of multilateral bodies. Otherwise these will lose their relevance for the people they serve.  The display we currently see of the UN CSW lending itself as a platform for narrow interests driven politics affecting the rights and prospects of life of individuals is not good enough.

Is action research an empowering tool? Reflections from the Women Participating In Public Life Programme