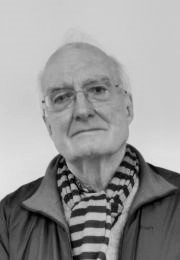 Bruce Coles is a Barrister of the Middle Temple, Queen’s Counsel, and was a Judge of the Crown Court from 1999 to 2009. Whilst at the Bar, he had a general practice and also specialised in aviation law. As Parliamentary Counsel, he was involved with some of the bills dealing with the infrastructure for the Channel Tunnel and the London terminals for the Channel Tunnel trains, as well as with parliamentary bills for new London Underground lines.

From 1989 to 2001, he served as a trustee of Oxfam. As chair of the Campaigns Committee, he was heavily involved in Oxfam’s discussions with the Charity Commission about the rights of charities to campaign for changes in the law. He also travelled to India, the Philippines and Peru on behalf of the trustees.

Bruce was also chair of the board of trustees for the Glenfall House Trust, a religious retreat in Gloucester, until it closed in 2013. He is currently Joint Lay Chair of the North Cotswolds Deanery.