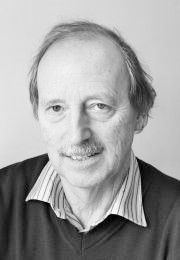 Tom Travers initially trained and worked as an accountant in the profession and in industry. In 1980, he moved to the CDC Group, a development finance institution owned by the UK government. He was initially posted to Indonesia as finance director of a pioneering agricultural project, then worked on projects including feasibility studies and monitoring and appraisal of investments, mainly in Central Africa and Indonesia.

Tom became Chief Accountant at Save the Children in 1988, then moved to the National Health Service in 1990, where he held various positions as a finance director for 16 years. He joined INTRAC in 2007 as Finance and Administration Director, a post he held until 2012, when he took up the position of Treasurer which was held for two terms until December 2018.

Tom has a mathematics degree and Postgraduate Certificate in Education from the University of London. He qualified as a Chartered Accountant with KPMG in 1977. He has been Treasurer of Li Tim-Oi since 2017.