Battling with obscenity: global inequality, the WEF, and lack of accountability

There are moments when you open a newspaper and it just hits you. Did we know that inequality is rising and that a tiny minority of people around the globe control and accumulate ever greater personal wealth? Yes we did. Do we know that the World Economic Forum (WEF) assembles largely private business actors and debates wider global dynamics mainly from a point of view of impact on their economic interests and instability risks that may threaten them? Yes we do. Do we know that government and formal democratic processes over the world are slow, often self-referential and lack accountability? Yes we know.

So there is nothing new there. Yet there is a fundamental obscenity in this when one considers the issues together. It becomes even greater if you watch how a larger part of the NGO world has settled into live and let live arrangements with a bad situation. And this obscenity is the blatant lack of inclusion of people and civil society, the same people that are at the heart of the discourse of politics and business leaders.

The 2013 report published by the WEF on the future of civil society was positive and contained some perspectives new to the WEF’s prime audience, including the prospect of “civil society [as] the glue that binds public and private activity together in such a way as to strengthen the common good”. Peter Prove (a member of the WEF’s project steering group on civil society) set out the test for the WEF: “The discussions in Davos will help test the willingness of other leaders to let civil society play this role”. This year the WEF provides space for entrepreneurial attention on poverty, climate change, inequality, and democracy. So far, so good. 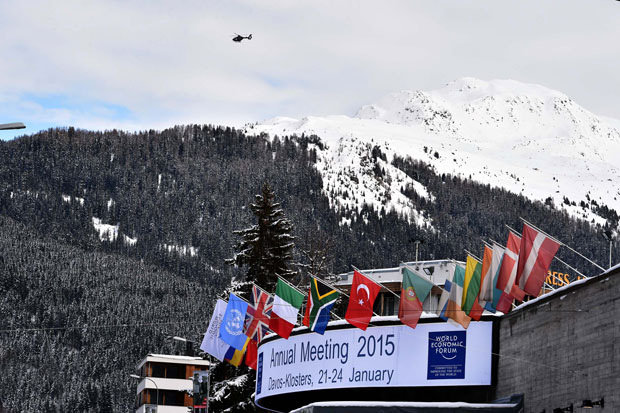 Yet on the key point of the role of civil society, the WEF is not meeting the test set out for it. With all respect to the involvement of NGO celebrity and other VIPs in the WEF and the opportunities for visibility and lobbying it offers, this is not what inclusiveness means. The phrasing used by Peter Prove describes the underlying problem well, for “the willingness of other leaders to let civil society play this role” characterises the attitude: that convening and making decisions about the world’s future is a space controlled by others, and that on occasion civil society may be ‘let in’ to contribute. Should we be grateful for such magnanimity, or does it not rather show where the dog is buried?

One of the most fundamental challenges that citizens continue to face in holding power to account is illustrated by the recently announced delays to the publication of the Chilcot Inquiry’s report on the UK government’s decision-making on the Iraq war. The question it deals with has been one of the most divisive issues in UK politics and has deeply affected the reputation and trust in government, political parties, parliament, and the processes it controls. The lack of timeliness in the release of the Chilcot Inquiry results reveals a continued distorted sense of accountability in the democratic establishment. Accountability should be about ‘actively empowering stakeholders to hold power to account over its decisions, activities and impacts’. Yet UK citizens will now go to the polls to make a decision about their government without having answers that many will consider to be important for their decision who to vote for.

The fundamental problem persists: not only are decisions often made over the heads of people most affected by them; but the mechanics of debate and decisions about who should take part in them, who should have access to information and when, is controlled by a minority that matches pretty much the global pattern of inequality in wealth. This is why on its own, this group cannot debate, let alone seek to address global challenges, and will continue to fail the test of accountability. As Hendrik Wagenaar recently put it, “political society and the civic sphere require each other to address the overwhelming economic, social and environmental issues of our times”. It will be fundamentally dangerous for the legitimacy of democratic systems and its stakeholders in private business if they do not recognise that and become more open and inclusive.  As history bears out, civic power grows by taking it. Civil society waiting to be included in the spaces of global debate and decision making by acts of grace of those in power, is not going to change the dynamics.

This should be incentive enough for us not to want to live with the obscenities we are confronted with; but work for change, demand accountability of those in power, and claim democratic territory.