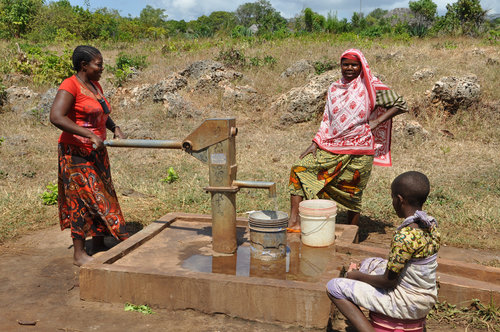 So if shouting doesn’t work, what will? On the 22nd of June 2017, CPAN, in partnership with Mzumbe University, INTRAC and the Foundation for Civil Society, brought together researchers, policy-makers and practitioners at the Overseas Development Institute (ODI) in London. The event, Improving local governance and service delivery ‘Shouting at the system won’t make it work!‘ explored the latest debates, evidence and practice on social accountability, civil society advocacy and local government service delivery. It considered how current policy and assumptions could be revised to more effectively address critical blockages in public service delivery.

There is a prevailing orthodoxy that civil society advocacy, citizen activism and social accountability mechanisms are necessary for holding local government to account, and for driving improvements in public service delivery.  Numerous studies, projects and programmes have explored how to make governance work better for the poor and marginalised. Two elements regularly emerge as problematic: firstly, that the provision of information to the public will increase awareness and will create a more responsive government; secondly, that civil society organisations are well-placed to act as a watchdog on government.

However, people do not necessarily make use of information and they do not necessarily act collectively; civil society organisations do not necessarily have the capacity to represent citizens well and a combative advocacy approach can be counter-productive. Moreover, accountability involves a huge array of public and private actors with often blurry lines between multiple roles. We have therefore seen the emergence of more complex theories of change in recent years that delve deeper into the complex politics that frame social accountability systems and that propose a more innovative and flexible approach that respects the given context.

The panel brought different perspectives on this issue, focused particularly on Tanzania and East Africa. Firstly, Dr Anna Mdee (University of Leeds and ODI Associate) and Patricia Tshomba (Independent Researcher) presented emerging findings from research exploring the potential for using a performance index to improve local governance in Tanzania. Ananilea Nkya (former head of Tanzania Media Women’s Association in Tanzania (TAMWA) and PhD candidate at the University of Bradford) analysed the role of the traditional media in Tanzania in holding government to account for development. Dr Tim Kelsall (ODI Politics and Governance Team) challenged the many assumptions within social accountability theories, and proposed an alternative approach based on building coalitions amongst actors to place pressure on government. Responding to the research presented, Helen Mealins (Chief Executive, INTRAC) emphasised the need to engage with the full range of actors involved in service delivery and the imperative to better comprehend the politics and incentives at play; a longer-term perspective is essential. Watch the full video below.

A number of cross-cutting messages emerged:

Indexes, like many social accountability mechanisms, can – in the right circumstances – be a useful tool to apply peer pressure on authorities to perform better than their political rivals, neighbouring districts, etc. We heard examples from speakers and the audience about where such peer pressure has worked, although you may first have to overcome initial resistance to such naming and shaming. Such pressure can have value, therefore, but sometimes you have to first overcome resistance.

The event was organised as part of the project Holding local government to account: Can a performance index provide meaningful accountability? funded by the UK Economic & Social Research Council (ESRC) and the Department for International Development (DFID). The project runs from 2014-17 and is led by Mzumbe University (Tanzania), in partnership with the Foundation for Civil Society (Tanzania), INTRAC (UK) and ODI (UK).

As this research project comes towards its formal conclusion, the greatest question is how to encourage the citizens, local politicians, officials and civil society actors who have been part of the process to take forward the initiative and mould it to their context and needs. The process of developing indicators for assessing performance on local service delivery revealed many barriers to improving social accountability in the two pilot districts in Tanzania; but they also showed the potential for building constructive engagement between citizens and the state. A clear take-away message from the London event would be to embed the learning from the project in these two districts, enable the process to unfold in practice, monitor its ability to overcome hurdles that will arise, and analyse its impact before considering the prospect for replication in other parts of the country.

This article was originally posted on the CPAN website: http://www.chronicpovertynetwork.org/blog/2017/5/15/event-shouting-at-the-system-wont-make-it-work.

Working paper 1. Improving the delivery of public services. What role could a local governance index play?