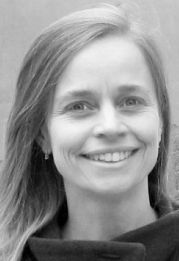 Vicky Mancuso Brehm has worked in development for over twenty years, firstly as a practitioner and then as a researcher and writer on a range of development themes.  She is currently an INTRAC Research Associate working at the joint three-year collaborative research project (2015 – 2018) titled The Listening Zones of NGOs.

Her main interests are in:

For a number of years she managed INTRAC’s NGO Research Programme. She has also advised a wide range of development organisations in the UK, Latin America, Europe and North Africa.

With a background in Geography and a Masters in Environment and Development in Latin America, Vicky has always been interested in people and places, languages and cultures. She calls herself an ‘amateur polyglot’, having been called upon on many occasions to use Portuguese, French, Italian and very imperfect Spanish in work contexts in many different countries. She has carried out translations of programme documents for organisations as far afield as Senegal, Angola, Mozambique and Brazil.

The Listening Zones of NGOs: languages and cultural knowledge in development programmes

Towards a ‘Listening Organisation’? Listening, power and languages in international development NGOs

Do NGOs need a Languages Policy? New Research on Languages in Development