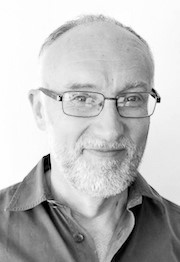 Charles Buxton joined INTRAC at the beginning of November 2001 and is based in Bishkek, Kyrgyzstan as programme manager for the Central Asia region. From 1996 to 2001, Charles worked for VSO (Voluntary Service Overseas) in London as a regional programme manager covering Central Europe, the former Soviet Union and East Asia.

Before joining VSO, Charles worked for 14 years in voluntary sector and community development in East London, where he is still involved in a community centre for Bangladeshi groups. He has a first degree in Russian and earlier in his career taught both Russian language and literature in British universities. Charles also worked as a translator in Moscow.

Charles is also a member of Development in Practice’s Editorial Advisory Group.

Assessing the performance of multi-stakeholder initiatives

Exit strategies and post-exit evaluation: a perspective from Central Asia

The Arab Spring, Ukraine crisis and prospects for civil society in Eastern Europe