This blog is no. 6 in a series of nine on the subject of capacity building:

A couple of years ago, I was working with the 14 European offices of an international NGO family on better collaboration. It should have been relatively straightforward. The offices were overflowing with good ideas as to how they might cooperate more, ideas that had been around for many years.

But far from being models of collaboration, the offices were actually isolated. Instead of making the most of each other’s strengths, they were spending their time duplicating efforts and reinventing wheels. The problem was not a lack of ideas; it was a lack of trust and will to change. 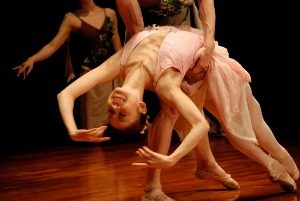 The price of mistrust

In his book, The Speed of Trust[1] (2006), Steven Covey says low trust takes a great toll on organisations, as well as on individuals’ lives. Low trust between people slows everything down. People who don’t trust each other negatively interpret each other’s words and decisions. Individuals and organisations fail to work together even when cooperation would be advantageous to both sides. Low trust leads to increased bureaucracy, duplication of effort, disengaged staff and publics, and political manoeuvring among leaders.

Covey says the answer to the question ‘Do you trust your boss?’ is more predictive of team and organisational performance than any other question. He also points out the positive dividend of trust. A 2002 study revealed that shareholder return in companies where staff have a high level of trust in each other was almost 300 per cent higher than in low-trust companies.[2]

Trust is a ‘psychological state comprising the intention to accept vulnerability based upon positive expectations of the intentions or behaviour of another.’[3] Academics who have researched this concept in depth[4] see it as a multi-dimensional phenomenon which has at least three or possibly four core elements:

Trust is not simply a belief – it’s also a decision which results in an action. While trust is a universal phenomenon, different societies are more trusting than others.

Genuine trust is not naïve; it is based on performance. It is not about being gullible and should involve rigorous analysis. Healthy trust is not blind trust.

Do our partnerships build trust?

If trust is so critical, to what extent do our partnerships explicitly try to cultivate trust? Or do we just take it for granted and then get disappointed and disillusioned when we are let down?

What do we talk about in our partnership meetings? Do we focus on why and how we work together? Or do we concentrate mostly on financial reports of the project? I remember a staff member from an international NGO complaining to me that when the government cut funding, she and her colleagues felt their partners abandoned them. But she went on to say, ‘I suppose if we have focused exclusively on budgets and reports, we should not be surprised to be treated like bank managers.’

Our obsession with getting the numbers right for our own donors means that instead of rewarding integrity (honesty and openness), we inadvertently provide incentives for concealing the truth. Our monitoring and evaluation (M&E) systems may actually undermine trustworthy behaviour – as my colleague Nigel Simister likes to say: “M&E systems promote lying!”

Here are three ways in which we can cultivate more trust in partnerships:

We need to remember too that the more powerful agency has to go first in this game of trust. To cultivate trust in partnerships, it needs to set an example by admitting mistakes, doing what it promises and challenging others appropriately.

Back to blog no. 5: cultivating character in capacity building ←
On to blog no. 7: making it personal →