It’s (almost) all about leadership

This blog is no. 4 in a series of nine on the subject of capacity building:

When I first started out as a consultant more than 20 years ago, I was often asked to help NGOs develop strategic plans. I designed highly participatory processes involving staff and wider stakeholders. Once I even tried to facilitate a participatory workshop with staff when it was clear to all that the director was having an affair with the gender officer and was siphoning off money to her. Not surprisingly, that workshop did not go so well. (I was accused by a drunken board member of being an agent of colonialist powers!) 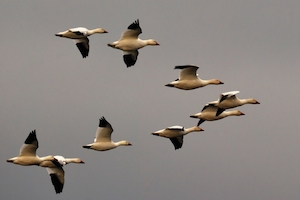 Even when the leaders weren’t corrupt philanderers, many tolerated rather than actively supported the processes. Some saw strategy as just another funding hoop to jump through. Afterwards they tended to ignore the ‘consensus’ decisions. I soon realised that in my desire to focus on the whole organisation, I was underplaying the importance of leadership.

Today I firmly believe that leadership is the most important element in capacity building. You can look to improve finances, staffing, systems, structure and strategy, but ultimately unless leadership is genuinely driving the change process, it ends up going nowhere – particularly in small or founder-led organisations.

The single most important thing I look for in capacity building is leadership commitment to change. I remember a conversation a few years ago with two European NGOs. They said: ‘Our church partner in Zimbabwe is a disaster. They have been silent in the face of human rights abuses and are politically compromised. They have lost credibility amongst their members and funding from donors. They need radical change. Can you help?’

I was so excited to hear this. For years I had been longing to be practically involved in Zimbabwe. I eagerly asked, ‘What do the General Secretary and board think about the need for change?’

‘Oh, they are completely against it. In fact, they are the main problem,’ was the reply.

With a heavy heart, I had to admit that until the leadership wanted change, there was nothing I could do. Fortunately, two years later, a new board was appointed and a remarkable change process was able to begin.

It is and isn’t about the person at the top

It’s easy to make the individual leader all-important. Airport bookstalls are full of ‘hero leader’ turnaround stories from corporate America. Many cultures already put leaders on a pedestal and expect them to be all-knowing and all-powerful.

Organisations are clearly much more complex than a single individual. Good leadership is not about a person – it’s about relationships between people. Effective leadership includes the governance and the senior management. It permeates all levels of the organisation.

And yet the individual leader still matters. In my experience, there is a strong correlation between quality leadership and organisations achieving their missions. For me a great leader intentionally and determinedly shares leadership. They are an odd mixture of courage and humility. A study of the most successful NGOs in Asia found that the leaders were passionate to learn and change.[1]

The converse is also true. When organisations fail, I would guess that nine times out of ten it can be traced back to problems of leadership.

The quality of leadership tells me more about the strength and potential of an organisation than any other element. Our broad, comprehensive organisational assessments may miss the wood for the trees.

Our capacity building would be much more effective if we paid more attention to leadership. But it is more than just leadership training programmes.

We know how important leadership is in capacity building. The challenge now is to change our practice accordingly.

Back to blog no. 3: obsessed by assessment tools ←
On to blog no. 5: cultivating character in capacity building →

Leading by example? Why leadership buy-in is crucial to NGO exit strategies