This blog is no. 8 in a series of nine on the subject of capacity building:

Capacity building rightly focuses on the future. But if we ignore the past we may be missing out a vital step – acknowledging and letting go of past behaviours.

I first noticed this during the ‘action planning’ session at the end of a training course preparing consultants to work in Sudan. Instead of outlining their commitments for action, participants first, very personally and powerfully, described to the group how they had been behaving before and how this had been detrimental to their performance. It was only after they had identified and articulated this past behaviour that they were able to move on to their plans and describe how they wished to act in the future. 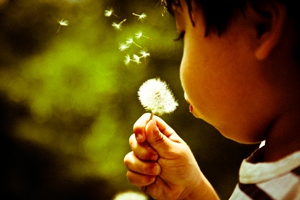 William Bridges, a change consultant and author, asserts that the starting point for organisational transition is not the outcome, but the ending you will have to make to leave the old situation behind. He states that ‘the failure to identify and be ready for endings and losses that change produces is the largest single problem that organisations in transition encounter.’[1]

Letting go is a vital, yet often unacknowledged, part of any change process. As French philosopher Paul Valery says, ‘Every beginning ends something.’ It is not just about recognising that our past ways of operating were not ideal; we have to make a willed response to that situation. We have to choose to change.

Any significant change will often require NGOs to make strategic choices about the future to concentrate increasingly limited resources where they can have most impact. Pruning is a natural part of fruit cultivation – to produce better yields you have to cut back at times. NGOs tend to be extremely resistant to such changes. When NGOs do strategic planning they are often satisfied with increasing their programmes to adapt to the new challenges arising from their changing context. They are reluctant to engage in discussions of ‘what will you let go of in order to take on that new programme?’ Some staff even get angry.

A few years back a Scandinavian NGO asked me to research and write up their change process. They related:

This letting go is not just for religious organisations. I remember hearing from a South African colleague about a powerful change process he was involved with at a secular NGO. At the end of what appeared to be a very successful workshop, his less inexperienced co-facilitator surprised everyone by saying that he believed there were still people who had unfinished business with each other.

He went on: ‘And what I want to say to you now is that you have one week before the annual holiday begins. Go to that person and work through the issues between yourselves before you go on holiday.’ There was a loaded silence in the group. But then he went further: ‘In fact, I think it is so important that you should not even allow this weekend to go by before you have talked through the issues and forgiven each other.’

On Monday at lunchtime, my colleague received an e-mail from the director of the organisation, thanking them and elaborating on how amazing the process was. He said that people had spontaneously got together over the weekend and talked through their issues – issues that had been festering for a very long time.

If we are truly going to build capacity, we have to help people let go. We need to be prepared to help people identify bad habits from the past, dysfunctional relationships and behaviours. Unless we have the courage to engage with the deeper influences on people’s behaviour our capacity building will remain superficial and ineffective.

Back to blog no. 7: making it personal ←
On to blog no. 9: strategic funerals in capacity building →