This blog is no. 5 in a series of nine on the subject of capacity building:

A few years ago, I was trying to help a Malawian church development department determine its future direction. The department was doing well and had grown to 100 staff. One of the main areas it wanted to improve was its relationship with the mother church. 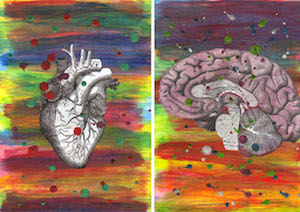 But instead of the hoped-for reconciliation, when development department staff presented a draft strategy to church leaders for consultation, the bishop decided the church should take over control of the department’s assets. He unconstitutionally dissolved the independent board, fired the director and laid off the staff. Jealousy and greed completely undermined the capacity building initiative.

At the same time, another church agency in Africa was in crisis. Fear, division and apathy were endemic. Staff were demoralised and demotivated. Within three years, however, they asked me to write up their story of transformation. Trust, openness and commitment had become the norm. Income quadrupled. The agency’s impact and influence had grown to unprecedented levels.

A new director and the leadership team had worked together to model the change they wished to see in the whole organisation. They worked hard and often painfully to improve relations and decision-making within that team of six. They used every team meeting to embed principles of openness, trust, care and love for each other. These same principles had guided the organisation-wide change process.

What made the difference?

Character is the most important element in change. An exclusive focus on capacities, knowledge and skills misses what matters most. It’s individual and organisational character that determines whether genuine change takes place.

The characters of those involved in the aforementioned African church agencies clearly determined the success or failure of these capacity-building processes. We know very well from our personal relationships how important character is. Our capacity building has not paid enough attention to cultivating character. It’s only trustworthy character that can withstand the potentially corrupting influences of money and power (which are an inherent part of the aid system). Such character is not fixed for life. It needs to be nurtured and maintained.

Character is also what drives positive change. When I did some research on what makes leaders actually change behaviour, it turned out that they only fundamentally changed when they believed they were not living up to their own standards. They realised they were not who they believed themselves to be. Conscience is critical in change, both for individuals and organisations. It is the gap between our behaviour and the character we aspire to display that provides the essential energy for change.

But how do you assess character in an organisation?

It is notoriously difficult to assess character. Often character only comes to the surface when things go wrong. Some pointers to organisational character that I have found useful to ask about:

I remember asking a highly-respected South African colleague for his one indicator of a strong organisation. He said: ‘I would look and see how self-critical their annual report is.’ You can learn a lot about character from that.

How might we focus more on character in capacity building?

In the past many organisations have tried developing values statements. The experience has not been particularly transformational. They have resulted in long lists of bland values, stuck up on walls or in documents. Like motherhood and apple pie, they are impossible to disagree with. They tend to look incredibly similar, as if organisations all have exactly the same characters.

In capacity building processes we should ask what changes we hope to see in organisational character. We should be thinking about methodologies that get to people’s hearts – that go much deeper than the intellectual knowledge. In evaluating change, we should not just look at how competence and capacity have improved, but if the character of the organisation has changed.

If we are looking at character, change only takes place in the context of high levels of trust.  Trust is not soft and woolly, but hard-core and highly cost-effective. In the next blog we will be turning our attention to how we cultivate trust in partnerships.

Back to blog no. 4: it’s (almost) all about leadership ←
On to blog no. 6: cultivating trust in partnerships →