What is social accountability? In a study conducted for the Global Partnership for Social Accountability in 2014, Jonathan Fox defined it as: “Social accountability strategies try to improve institutional performance by bolstering both citizen engagement and the public responsiveness of states and corporations.”[i]

We have now come to the end of the formal funding period. My academic colleagues are analysing the contribution of the research to global knowledge through theoretical and policy lenses, and are reaching out to policy users in the governance sector. The Foundation for Civil Society in Tanzania is exploring what they can use from the research findings within their programming and learning systems. And I am thinking about the lessons I see emerging from this project for the many international NGOs (INGOs) that INTRAC works with, which are involved in social accountability.

This was one of two social accountability research projects that I had considerable input into over recent years. The second was a research 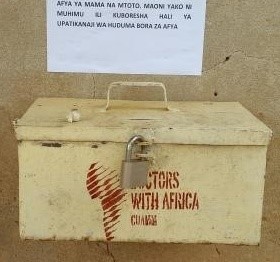 project from 2013-16 on beneficiary feedback mechanisms funded by DFID and delivered by a consortium led by World Vision UK with Social Impact Lab (SIMLab) and CDA Collaborative. They were very different projects in their aims and structure, but with common themes: accountability between state and citizen; between service provider and service user; and particularly the responsiveness of providers to the voices and needs of poor and marginalised people. The Mzumbe project sought to tackle this through a governance performance index; the World Vision-led project through feedback mechanisms on aid-funded interventions in the health sector.

A growing evidence base

Social accountability is a core focus for many INGOs, perhaps increasingly so, resulting in a huge range of activities aimed at enhancing voice and promoting participation of citizens in local, national and international governance processes. This includes major international initiatives, such as Everyone Counts championed by CARE International, and the Partnership for Social Accountability Alliance led by Action Aid. Numerous INGOs lay claim to innovative and successful tools and approaches in this field (see World Vision and Oxfam to name just two). At national and sub-national levels, hundreds of small-scale projects on social accountability are funded every year. Take the Foundation for Civil Society in Tanzania for example, which funded 87 civil society projects for 2016/17 most of which focused on aspects of social accountability, voice and participation.

The effectiveness of these interventions has often been questioned, however. Certainly the evidence shows a mixed picture in terms of changing governance outcomes.[ii] What we do get are fairly consistent messages. In the last couple of weeks two new resources have come to my attention. Firstly the latest Barefoot Guide, which has a chapter devoted to social accountability; and secondly, a report from Itad summarising a macro evaluation of DFID-funded social accountability initiatives. The documents couldn’t be further apart in terms of their methodologies and tone. The Barefoot Guide chapter offers three practitioner stories; the Itad report a review of the evidence from 50 robustly sampled projects. Both come to similar conclusions. In the right circumstances, in the right contexts, at the right time, social accountability activities can enhance citizen voice, can make local government more responsive, and can improve service delivery.

Identifying and plugging the gaps

So in this morass of knowledge, experimentation and evidence-seeking, what new messages and reflections can I add from these two projects? Much of what we learned resonates with the most recent literature: the importance of really in-depth knowledge of the context; the need to improve mutual understanding between citizens and officials; the value of opening up spaces for constructive engagement and trust-building; and the difference that capable civil society organisations can make.

What strikes me most is the need for long-term engagement and consolidation to plug the gaps that exist and embed good practices when things seem to be working. When these two projects began there was a real absence of social accountability in the sites where we were working. The beneficiary feedback mechanisms pilots were all attached to new or existing NGO-run projects in the field of maternal and child health, with close connections to government health services. In most of the seven sites, existing options to provide feedback either to service providers or funders were weak; in one there was considerable scepticism based on prior experience of NGO projects. The pilots opened up fresh opportunities and prospects. The NGOs involved highlighted various ways that feedback had been embedded into their practice or scaled in follow-up interviews in March 2017. In at least two sites relationships with local government had strengthened. At the same time, the pilots had sometimes raised expectations in communities that could no longer be met: hotlines set up then shut down with the number still being passed around the community; dedicated staff to listen and respond no longer funded or present.

In the two Tanzanian districts where the Mzumbe research was conducted, not only were spaces for improving relations between citizen and state very limited, but there was also little presence of organised civil society beyond the district centre. Perhaps you could argue that we were working in the wrong sites; if we’d done our research in different districts in Tanzania, where there were active social accountability projects running, our findings would have been different. For me, that is less important than the knowledge that the voices of people in these districts were not being heard when we began. The research started a process; it showed promising signs that citizens and officials could come together to identify and tackle problems in local government performance. The next step in the journey is only now beginning.

At a time when many donors seem to be fixated on innovation and scale, I wonder if the role of NGOs – certainly the average-sized NGO that is not set up for scale – is to concentrate much more on depth. Innovating, piloting and testing might actually be the easy bit. There is now a reasonable body of evidence that shows what works and how; there are many inspiring stories, tools and examples to build on. What seems to be harder is getting really deep in the first place – you need resources, time and skills to do robust context analyses, to constantly adapt, and to build the strong and lasting relationships of trust that both our projects showed were essential. And it is even harder to consolidate and sustain ideas that might just be starting to work when the initial project comes to an end. Social accountability processes need time to become embedded into institutions and public service systems, particularly if they are to withstand fluctuations in the political environment.

I am not calling for long-term interventions that are or become dependent on external funding (which is the opposite of what I argue for in our work on sustainability). I am arguing rather for more concentration and depth by funders, INGOs and local organisations to ensure that good ideas get a chance to deliver the changes that might just be over the horizon.